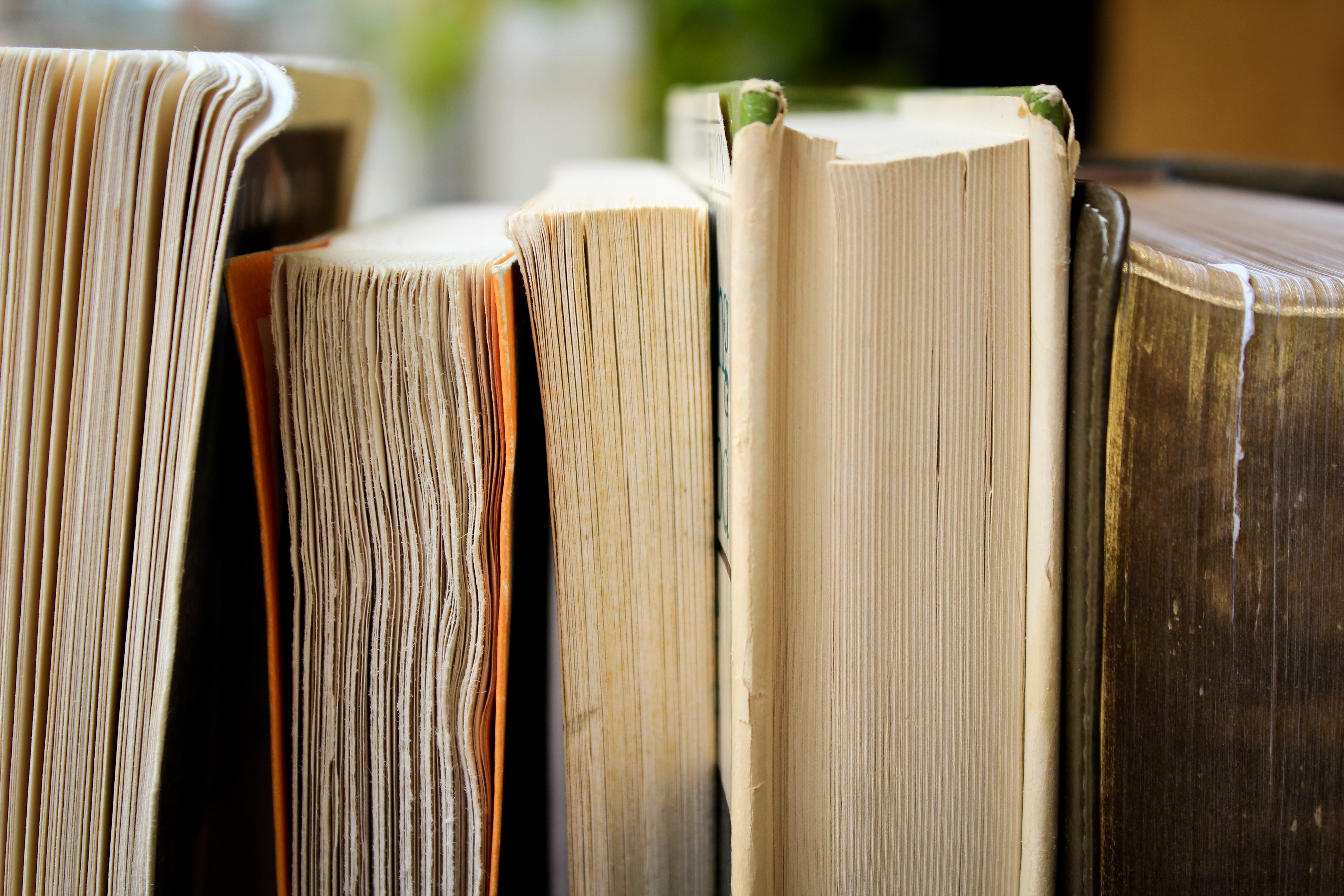 Someone decided it was a good idea to let me continue ranting about books, so here we are. I’m a mathematician who only had books for friends as a kid, and my fiancé is a Mars Rover operator whose parents met while getting their PhDs in British Literature, so our house is full of science fiction books (because books and STEM nerdiness: keep up).

Anyway, the scientific community is out here doing Beyoncé’s work on a daily basis, so I thought I’d pay homage by writing up a list of my favorite science fiction books and series. This genre doesn’t usually make it onto most high school reading lists, so I’m here to help you navigate the bookshelves a little bit. Colleges love students who read – even if those students are engineers. Some college essays even ask for lists of your favorite books or essays about the books that inspired you. These schools want to use the titles you choose to get a better idea of who you are, so it’s important to find what you love and run with it! A few of these may cross over into the world of fantasy, but what is magic if not science that humankind has yet to comprehend?

2. The Remembrance of Earth’s Past Trilogy – Cixin Liu

The first book in this trilogy, The Three Body Problem, refers to the three-body problem in orbital mechanics: a gravitational paradox that rivals the Russell-Zermelo problem. The trilogy basically tells us what would happen if mankind contacted super-advanced aliens, but then the aliens were like “Oh, you have a habitable planet that you don’t know how to take care of? Bet.” The Chinese film industry has been teasing film adaptations of this series for years, and I am ready to sell my soul, Faustus-style, to make this a reality.

Yes, this series is exactly as silly as you would expect from something called “The Bobiverse.” Pero it’s also amazing. No spoilers, but the plot synopsis is that a dude named Bob gets turned into a supercomputer, then the Bob-puter gets shot into space after the nuclear holocaust wrecks Earth. Bob-puter spends the next four books derping around space and getting into trouble. How does he manage to get into trouble while in outer space?! Because he’s Bob.

So, you know how The Chronicles of Narnia is like weirdly hyper-religious? Apparently Philip Pullman read that series and had only one thought: how dare you? His Dark Materials isn’t satanic or anything (don’t let the name of the series fool you), but it’s very satirical in its treatment of the church. It’s an amazing sci-fi/fantasy series in its own right: probably one of the best young adult sci-fi series out there. The film adaptation is wet garbage, but the HBO series is alright.

Series I Do Not Enjoy

Oh look, it’s Battle Royale the book, but three times over. Okay, I have to admit that the first book in this series is actually quite good. The second book is a swing-and-a-miss, and the third book is just a whole disaster. At least these books are responsible for introducing the world to Jennifer Lawrence… which was… a good thing?

Are these well written? No. Are they still a fun read? Also no. Much like The Hunger Games, this series starts off pretty well and introduces an interesting concept, but then quickly goes downhill. You’ll learn some cool words like erudite, candor, and abnegate by reading them, though. Or you could just Google those words now and be done with it. You’re welcome.

7. The Great Book of Amber – I literally don’t care

There are two copies of this book on the bookshelf 10 ft away from me, and I still don’t care enough to figure out who the author is. I hate this series, and I hate the old man from the cute bookstore at UC Berkeley who convinced me to buy this 15 lb. collection. Literally one of the first things my fiancé and I ever bonded over was the fact that he and I had both been tricked into buying this NINE BOOK SERIES well before we met, and neither of us had ever made it through the first half of the first book. It’s been half a decade, and that has not changed. What are the books about? No idea. I think there’s a family of royal magical idiots who hate each other. They have dumb names, and they probably have dumb faces.

Standalone Titles I Think Everyone Should Read

Full candor, I included this section mostly just so I could tell you about this book. It’s a futuristic murder mystery set mostly on Mars. The characters traipse around the solar system investigating murders and conspiracies, and sometimes performance art happens. Mercury has nothing on the superfluidity of gender and sexuality in this book: categories include fem, masc, andro, ambi, bi, neuter, eunuch, ace, undifferentiated, gay, lesbian, queer, invert, homosexual, poly, labile, berdache, hijra, and two-spirit. There are even quite a few intersex characters. How many colors do you think their pride flag has?

What’s more appropriate than a book about a plague that wipes out nearly the entire planet? Stephen King is one of the most prolific horror writers of our time (even if he doesn’t know how to write an ending to save his life), and this book is a true masterpiece. It’s 9 miles long, but it’s such a good read… until you get to the last 25%. In true Stephen King fashion, the last stretch of the book is a hot mess, but the book is good enough to be worth it. Also, I think the world’s first “incel” was written into this book.

Octavia Butler walked, so that NK Jemisin could fly (I know that’s not how the phrase goes, but I said what I said). Butler was one of the first black women to succeed in the world of science fiction, and her books’ exclusion from the American canon is a crime. Kindred is a prime example of mid-20th-century sci-fi, so it’s a little strange by contemporary standards, but it’s still great. A black woman keeps getting transported back in time to the 1800s and has to take care of some little ungrateful, slave-owning racist boy to stop him from dying of stupidity. I know: you’re probably thinking she should just let him die. I agree. There are some complications, though. Read the book for yourself, and it’ll (almost) all make sense.

I’ll be back again soon to recommend (and drag) a few more books and to remind you all how important it is to read. Pragmatically speaking, the books you read will come in handy when you’re writing certain college applications or when you’re in an admissions interview being asked to explain why you love a certain book. The Wikipedia page or SparkNotes summary will never give you enough information to convincingly explain why you enjoyed a novel. More idealistically speaking, reading is just fun! So many of the movies and TV shows you watch have been influenced by literature, and I don’t just mean the direct adaptations. Many of the songs you listen to have literary references in them, too! If all that isn’t convincing enough, remember that reading will improve your writing, which can help with your grades in school, your SAT/ACT scores (on both the essay grammar sections), and—circling back to college applications—your ability to weave a compelling story in a personal statement.

With more than twenty years of experience, Collegewise counselors and tutors are at the forefront of the ever-evolving admissions landscape. Our work has always centered on you: the student. And just like we’ve always done, we look for ways for you to be your best self – whether it’s in the classroom, in your applications, or in the right-fit college environment. Our range of tools include counseling, test prep, academic tutoring, and essay management, leading to a 4x higher than average admissions rates.