The Common App personal essay demonstrates your ability to write clearly and concisely on a selected topic and helps you distinguish yourself in your own voice. What do you want the readers of your application to know about you apart from courses, grades, and test scores? Choose the option that best helps you answer that question and write an essay of no more than 650 words, using the prompt to inspire and structure your response. Remember: 650 words is your limit, not your goal. Use the full range if you need it, but don't feel obligated to do so. (The application won't accept a response shorter than 250 words.)

1. Some students have a background, identity, interest, or talent that is so meaningful they believe their application would be incomplete without it. If this sounds like you, then please share your story.

The two most important phrases in that prompt are “…is so meaningful…” and “…their application would be incomplete without it.”  Our discussion of those phrases is a good time to mention two of our most important pieces of essay advice for any prompt you’re answering.

1. Don’t inject meaning that isn’t there.
Many students are going to read this prompt and choose a story that they think sounds good but isn’t central to their identity. Don’t make that mistake. Your story doesn’t have to be important to anyone else, but it does have to be important to you. And it should probably be something that was important to you long before you read this prompt. Religion, culture, playing baseball, family, babysitting your little brother, art, karate, growing up with a single mother, your part-time job at the mall — if it’s important to you and you’d like colleges to know about it, share away. But if you’re just claiming that something meant a lot to you because it seems like a good answer, pick a different prompt.

2. The lessons we take from obstacles we encounter can be fundamental to later success. Recount a time when you faced a challenge, setback, or failure. How did it affect you, and what did you learn from the experience?

Many students we've met are inclined to make one of two mistakes with this prompt:

1. They try to position the failure as evidence of a strength, e.g., "I was spending so much time volunteering that it actually affected my academics."

2. They make excuses for something rather than own the outcome, e.g., "I received a low grade in U.S. History because of a personality conflict with the teacher."

If you’re experiencing the same inclinations, reverse direction or pick a different prompt. No successful person has been great at everything they’ve attempted, so don’t be afraid to answer this question honestly. Admit you struggled in physics, that you tried out for the wrestling team and got tossed around like a rag doll for two hours, or that you founded a club that couldn’t attract any members. These things don’t make you sound inferior: they make you sound human.

So, think of the honest answer to the question. Don’t make excuses, just take responsibility. Show that you're a mature, confident student who can discuss those things and apply the available lessons.

3. Reflect on a time when you questioned or challenged a belief or idea. What prompted your thinking? What was the outcome?

Two things to keep in mind:

4. Describe a problem you've solved or a problem you'd like to solve. It can be an intellectual challenge, a research query, an ethical dilemma—anything that is of personal importance, no matter the scale. Explain its significance to you and what steps you took or could be taken to identify a solution.

Don’t forget the part of the prompt that asks why this problem has significance to you. Good responses here will reveal something about yourself that helps the admissions officer get to know you and your life better. And note the use of the word “scale” meaning it doesn’t have to be world hunger you’re trying to solve. It may be something quite personal.

The key here is to make sure you pick a problem that you can clearly identify and then explain the individual steps of the solution. In that sense, picking a global topic like human trafficking because you think it will sound impressive might prove to be more difficult and cumbersome to write about than something you’ve dealt with in your own life.

5. Discuss an accomplishment, event, or realization that sparked a period of personal growth and a new understanding of yourself or others.

“…[S]parked a period of personal growth and a new understanding of yourself or others…” makes this prompt seem like you need to have a life-changing experience to qualify. You don’t. You just have to share something formative and memorable (to you, not necessarily to anybody else). Think of this as a before-and-after story. Explain who you were before, describe the accomplishment or event, and the reveal who you became after.

At Collegewise, we worked with a student who gave up his starting spot on the football team so he could become a youth group leader at his church. For him, it was a big deal to acknowledge that his faith was a lot more important to him than football. That’s a before-and-after story.

Another student wrote that after her parents’ divorce, she started doing all the cooking for her and her father (as she described it, “My dad can only make grilled cheese.”) She titled that essay, “Table for Two.”

And we’ll always remember the student who wrote about teaching little kids at his church how to do traditional Greek dancing. In his case, the student had quite literally become the teacher.

6. Describe a topic, idea, or realization you find so engaging that it makes you lose all track of time. Why does it captivate you? What or who do you turn to when you want to learn more?

Love of learning — a desire to know more and a willingness to chase that knowledge — is one of the most compelling traits a student can demonstrate to a college. Colleges know it’s those students who will impact their campuses both in and out of the classroom. Maybe you’re a World War II buff who asked your history teacher to recommend the best books you could read on that topic. Maybe you’ve learned everything there is to know about the physics behind throwing the best curveball in the league. Maybe you’ve taken the time to learn all of Louis Armstrong’s best pieces on the trumpet, or spent hours online learning how to knit, or completely restored an old Ford Bronco with your dad. The key to a strong answer here is to share specific examples of the efforts you’ve made to learn more about this topic.

6. Share an essay on any topic of your choice. It can be one you've already written, one that responds to a different prompt, or one of your own design.

This is not a trick question. It really is OK to use an essay you’ve already written for a different application as long as these two statements are true:

Otherwise, another application’s essay is completely fair game to use here. Just be sure you’re doing this because you really like that essay, not because you’re looking for a shortcut. 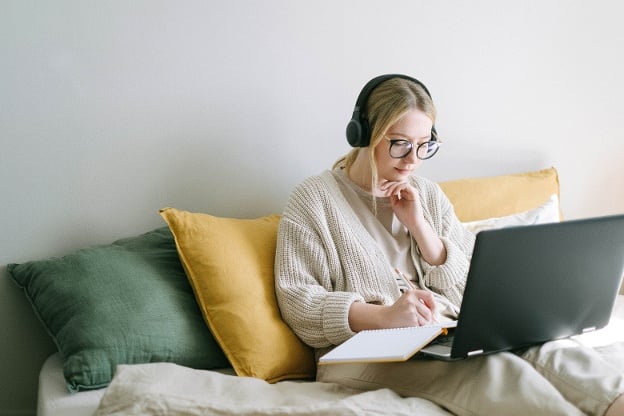 How to Write a College Transfer Essay