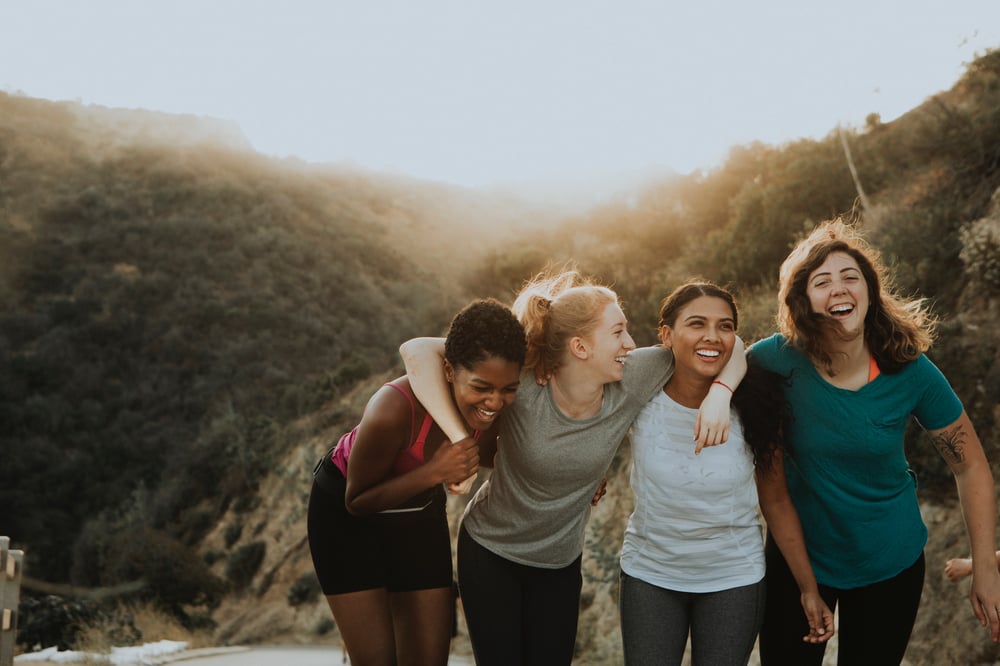 Many of our counselors share how their past and present students often "wow" them—whether it's via a hard-hitting or inspirational essay with an interesting perspective, or through a fun story that they share, years later, as they look back at their college experiences.

Every month, we're featuring stellar writing by some of our former students (we like to call them "Collegewise Alumni").

This month, we're featuring Jenny Ly, who shares her story about finally feeling like she "belonged" after an exhaustive string of extra-curricular activities at her best-fit college.

Everyone—family, friends, my orthodontist—was stunned when they heard I would attend Smith, a women’s liberal arts college in Western Massachusetts.

Most people had never heard of it, so they defaulted to talking about the weather. With their eyes aglow, they told me autumns would be strikingly beautiful.

With their chin and arms tucked in, they said winters would be bitterly cold.

They told me that I would gain weight, grow tired of eating at the dining halls, and wish I had learned to cook (okay, those last points were directly from my mom...and, she was right. One should learn a few basic, nutritious recipes before jetting off to college).

But no one told me I would feel like a fraud among my peers.

Let me back up.

I had loved my experience at an all-girls high school, where I was surrounded by women excelling in the arts and STEM.

I wanted nothing more than to ride that train for the next four years. And I did find an intellectually stimulating environment at Smith. Students were articulate, hardworking, and passionate about things I was unfamiliar with, like fossil fuel divestment, SWAG (study of women and gender), and Birkenstocks. It was an education just being around them. It also made me question how I could contribute in and outside of the classroom. It also didn’t help that I didn’t see myself reflected in the student body or faculty. Could I be a fluke?

I knew leaving California meant that I would be in the minority, but I didn’t really understand how being surrounded by white students would affect me.

Growing up in the Bay, I was accustomed to a high level of diversity, and the lack of it was uncomfortable, and at times, painful. There was hardly anyone to share memories, inside jokes, foods, or cultures with. Had I attended UC San Diego, I would have had plenty of company with Asians comprising 45% of the student body in 2014, and people of color totaling 70%. Whereas Smith enrolled just 13% Asians and 32% people of color. I found myself furtively looking for other students of color on campus for a sense of solidarity. When I called home, I didn’t mention this feeling of isolation to my parents. Everything was fine because everything had to be fine, to make their sacrifice to get me to college worth it.

So I turned to clubs to find a community. I had auditioned—but didn’t qualify—for orchestra. So I jotted my name down on almost every clipboard at the student org fair. Student newspaper? Okay! Novice crew? Why not? But I soon discovered a life of painful calluses and early mornings was not fine for me. I missed music, so I joined the choir and sang my heart out with the altos for a year. I attended a few Vietnamese Student Association events, like the Lunar New Year celebration and pho workshop. These moments felt like a little lifeboat, tiding me over in times when I often felt like Goldilocks—in search of the "just right" extracurricular.

My stress multiplied like bacteria each time I quit and moved on. How would I demonstrate commitment, build skills, and grow into a leadership role if I didn’t stick with something? I was worried about making lasting friendships in my first year, and having something substantial to stick on my resume.

Sophomore year, I transferred to a new house and took intermediate Spanish. These two events led me to meet Vero, a Chicago girl with an irreverent, self-deprecating sense of humor. She was an orientation leader who readily admitted when she didn't know what she was doing. I felt immediately relaxed in her presence because she was genuine in a way I hadn't seen other students act. She was up-front and comfortable in her skin about being a first-generation Latina college student, whereas I tried to blend in as much as possible.

So when I spotted Vero carrying a case of Capri-Sun back to our dorm like a triumphant Roman who had sacked the dining hall, I took the chance to say hi. She replied, “We’re in Spanish together, right? It's killing me.” I asked Vero if she wanted to study and be miserable together. She agreed and introduced me to her roommate Katie, who was the most ardent fan of Latin I’d ever met. Over the span of many evenings, I became well-acquainted with Katie's beanbag and, essentially, an honorary roommate. I had made my first close friends at Smith.

It took about two years of experimenting and persevering until I found my people and fashioned a place for myself at college. I don't regret my trials and errors, because I have facts and memories that I would have missed out on, like knowing that "starboard" is the left side of a rowing shell, or experiencing the rush that comes with singing in public. My academic self-doubt always stuck around, but was mitigated by meeting professors who took students and their questions seriously, and by speaking honestly with other students.

I had a whole laundry list of reasons for feeling like I didn’t belong, and it was always a relief to realize that others also had doubts.

Readers, I want you to unabashedly pursue your interests and to be patient and kind to yourself. Find your people, and life will get easier afterward with their support. Rather than comparing yourself to others, belittling your own accomplishments, or fixating on what you lack, focus on your strengths. When you’re in the trenches and can’t see the positives, your friends will be there to remind you and cheer you on.

College can be a place where you “find your people",
and a Collegewise counselor can help you get there!